By Lauren Penny and Kerry Arabena

On 15 March 2021, tens of thousands of people across Australia gathered for the Women’s March 4 Justice rallies, protesting against gendered violence, discrimination and inequality. This comes on the heels of rape allegations made by former Liberal staffer Brittany Higgins against a colleague in Parliament House, as well as historical rape allegations against Attorney-General Christian Porter. 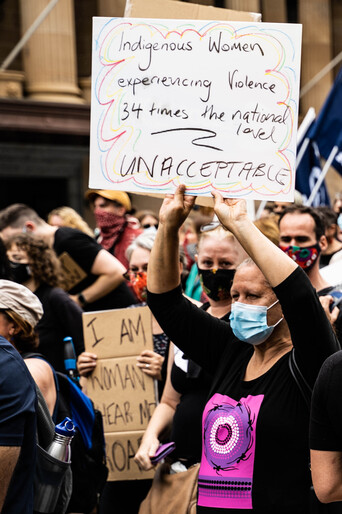 First Nations’ women joined the protests highlighting the ongoing disproportionate violence experienced by Aboriginal and Torres Strait Islander women. In fact, in 2016-17 Aboriginal and Torres Strait Islander females aged 15 and over were 34 times as likely to be hospitalised due to family violence as non-Indigenous females. The impacts of colonisation and dispossession further contribute to gender inequality for First Nations’ women.

The Royal Commission into Family Violence in 2015 confirmed that family violence is a gendered crime, with the majority of victims being women. According to Safe and Strong, Victoria’s Gender Equality Strategy, ending violence against women starts by addressing gender inequality. Victoria’s Gender Equality Act 2020, due to commence on 31 March 2021, provides an opportunity to discuss the reform of Victorian public institutions to promote Aboriginal and Torres Strait Islander women’s health, wellbeing and aspirations. Importantly, this legislation recognises that gender inequality may be compounded by other forms of disadvantage or discrimination, such as Aboriginality.

The Victorian Government has recognised the ongoing leadership role of First Nations’ peoples on gender equality and the prevention of family violence. They acknowledge that Aboriginal Victorians are best placed to determine a culturally appropriate path to gender equality in their communities.

Women ‘continue to miss out on the highest levels of leadership and decision-making in business, government and community’ and representation of Aboriginal and Torres Strait Islander women remains disproportionately low. To help address this, Karabena Consulting co-developed Asserting the Modern Matriarchy – a Guide to inform the development of Aboriginal and Torres Strait Islander women’s leadership and coaching programs. This Guide will equip First Nations’ women who complete these programs with a range of skills to support their cultural responsibilities, leadership aspirations and links to economic empowerment. Relevantly, structuring programs to align with First Nations’ women’s aspirations for leadership, and the circumstances in which they live, will give women a complete personal knowledge of their rights, including the right to bodily integrity. This means being able to move freely from place to place secure against violent assault, including sexual assault, marital rape and domestic violence, and having opportunities for sexual satisfaction and choice in matters of reproduction. 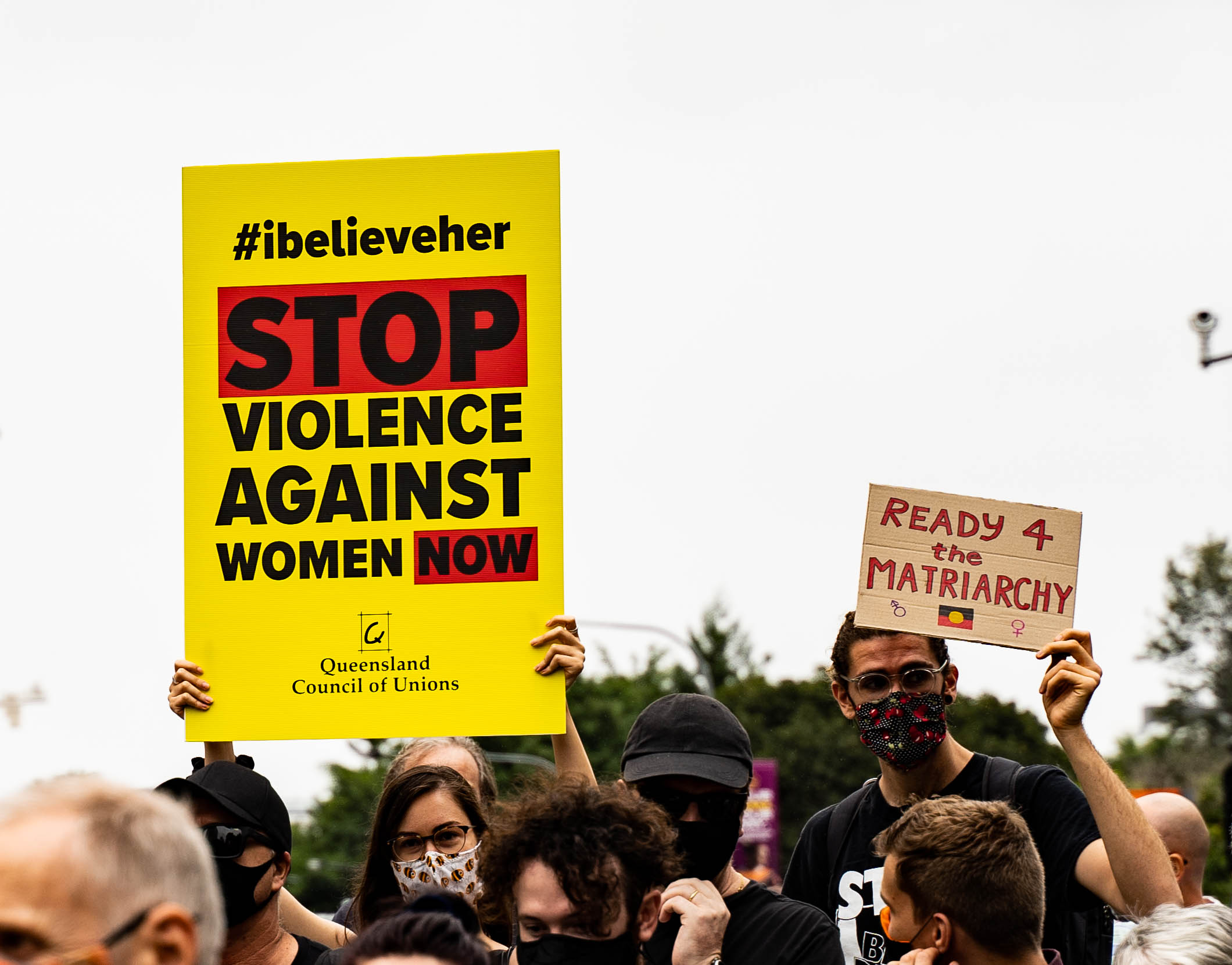 In an encouraging step, a female Treaty Commissioner, Jill Gallagher AO, was appointed to establish the parameters of an agreement between the State and First Nations’ groups. The Commission established the First Peoples’ Assembly of Victoria which is comprised of 31 members, almost half of whom are women. Further, the transfer of funding to community-controlled organisations, many of which are managed by First Nations women, and the election of Victoria’s first Aboriginal Senator, Lidia Thorpe, builds on a rich cultural tradition of women in leadership with responsibility for multi-million dollar budgets. The Treaty process is a significant shift toward self-determination for the entire Victorian Aboriginal and Torres Strait Islander community.

For more than 60,000 years, Aboriginal and Torres Strait Islander women have been leaders, managing the health of their ecosystems to promote ecological, spiritual and human health and wellbeing among First Nations’ populations. Most Aboriginal and Torres Strait Islander people can point to families in which a woman has become the dominant figure or matriarch. Leadership is not a foreign concept to Aboriginal and Torres Strait Islander women, with many examples of strong women’s leadership and participation in various fields. However, First Nations’ women remain underrepresented in leadership roles across Australia. The recent March 4 Justice rallies highlighted, yet again, the significant structural and systemic transformation that is still required to bring about gender equity for females in Australia – particularly our First Nations’ women.

By clicking ‘Sign Up’ you agree to receive email updates and offers from Karabena Publishing and its related bodies corporate, from which you may unsubscribe at any time.